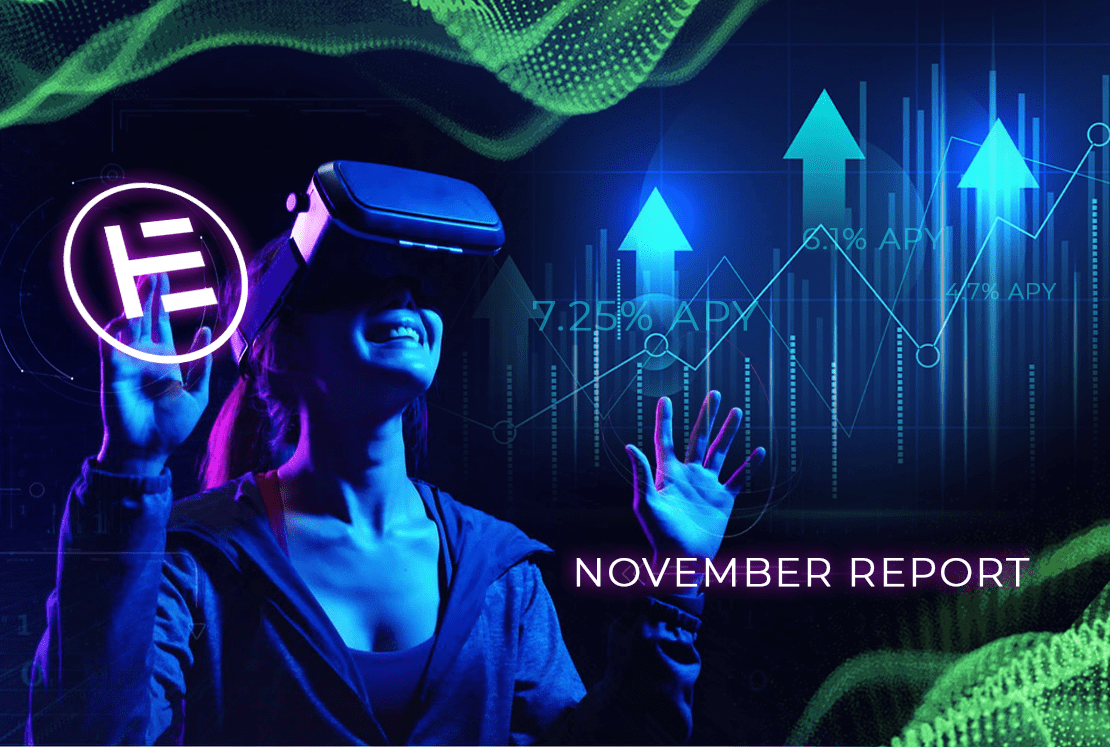 If you had your eye on our social media in November, you’ll have noticed it was a monumental month for Elitium.

We not only partnered with one of the world’s biggest crypto brands. We launched an innovative digital art gallery in the metaverse powered by the Elitium NFT marketplace — and that’s not all.

There were several internal updates too (on which we’ll share details later). So if you can spare four minutes, allow us to give you a quick rundown of the latest goings-on.

New client accounts have really taken off this month, with November seeing a 217% uptick in active users.

What makes this all-the-more exciting is that we haven’t even pushed the new EUM token utilities yet (more on that in a second). Meaning our DeFi savings plans are clearly drawing people in, and it’s easy to see why.

Each plan continues to deliver a strong APY, consistently hitting the upper end of our rewards targets.

Here’s what you could have earned with Elitium in November:

As for EUM — we’re also on the verge of pushing several token upgrades that will bring more utility and improved tokenomics to the ecosystem.

Part of the push includes offering token holders early access to the NFTs sold through the Elitium marketplace and NFT BAZL. And we’ll give holders preferred access to our top-class live events (including NFT BAZL) alongside other perks.

Beyond the token updates, there are marketing campaigns in the works, spurred on by the recent addition of two leading agencies.

The teams will focus on leveraging our platform launch, earning press coverage in the most respected media outlets in crypto. They’ll also help us secure more partnerships (big news on these in the next section), alongside boosting community growth.

In doing so, there’ll be plenty of excitement when we come to list EUM on the next exchange in about a month’s time.

The virtual space exhibits works curated by the NFT BAZL team. And the technology behind it comes from none other than the Elitium NFT marketplace. Which means that thousands of people are now interacting with Elitium technology in Decentraland.

The opening of the gallery marks the start of an exciting new partnership with Decentraland. And we look forward to working together long into the future (starting with a new virtual office that’s due to open soon).

That’s the Binance NFT tweet that went out on November 25th, marking the official start of NFT BAZL and Elitium’s partnership with the leading crypto brand.

We’ll be working with Binance for the foreseeable future, bringing NFTs to an even wider audience. And we have some very exciting plans ahead.

Following in the footsteps of the hugely successful NFT BAZL Miami in June, we returned to the city on November 29th as part of Art Basel.

The trip marked the third NFT BAZL event this year. And guests were treated to a variety of virtual reality experiences, hologram artworks, and live artwork creations (not to mention exhilarating DJ performances) at the SLS Hotel in South Beach.

The event kickstarted a collaboration between SLS Hotels and NFT BAZL, part of which involves the group offering exclusive NFTs for sale through the TVs in every room at the SLS Hotel in South Beach and Brickell.

Get In Touch For More Details

Our token performance has been steady of late, reflecting our focus on building. But November marks the start of an exciting growth phase.

Following months of business development and strategizing, we’re now well placed to capitalize on everything that’s happened and everything we have planned. The Elitium team can’t wait to leverage the increasingly prominent NFT BAZL brand too.

And in the coming weeks, you’ll start to see EUM appearing in different markets and across several new exchanges.

As ever — if you have any questions: ask on Telegram or send us a WhatsApp. 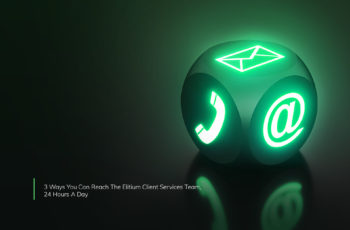 3 Ways You Can Reach The Elitium Client Services Team, 24 Hours A Day 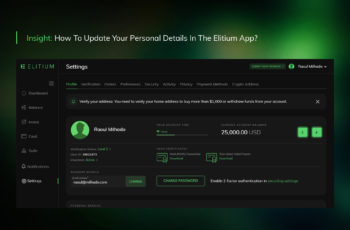 Insight: How To Update Your Personal Details In The Elitium App?